Double-row cylindrical roller bearings with tapered holes belong to linear contact bearings, whose bearing capacity and stiffness are higher than angular contact bearings with a point contact. They are often used in spindle systems of medium, large and heavy machine tools where the load is larger, the required stiffness is higher, and the speed is relatively not very high.

Both spindle and bearing have manufacturing errors, which must affect the rotation accuracy of spindle assembly. When the spindle assembly is assembled, the rotation precision can be further improved if the error effect of the two components cancels each other. Because the inner ring of the rolling bearing rotates with the spindle, its radial runout (or pendulum) has the greatest influence on the bearing rotation accuracy. Therefore, only the relative position of the bearing inner ring and spindle journal is generally adjusted.

(1) Selection of front bearing: Since the radial runout of the spindle at the front support has the greatest impact on the rotation accuracy of its end, the bearing selection method should be adopted first to reduce the radial run out at the front support. The actual operation process is to measure the inner ring and spindle journal of a batch of rolling bearings respectively before assembly, and type marks at their high points (bearing in some countries, the high points have been marked, but in recent years, with the improvement of bearing accuracy, the marks are removed); Then according to the actual runout of the radial group, take the runout of the similar assembly, make the high point of the two different, that is, to complete the selection of the front bearing. 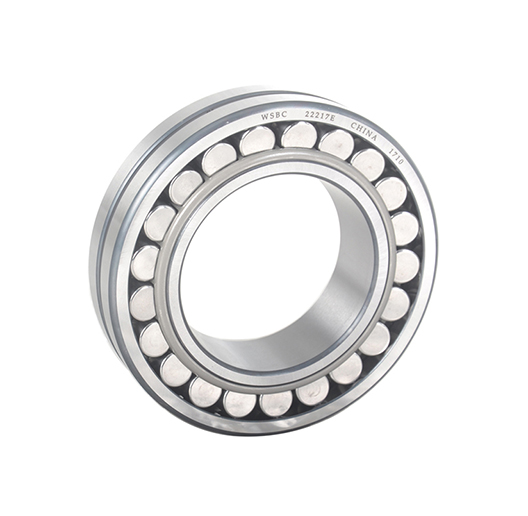 2. Clearance of spindle rolling bearing and its adjustment.

The clearance amount (clearance amount) of spindle rolling bearing has an important influence on the working performance and bearing life of spindle assembly. When the bearing works under a large clearance, it will cause the offset of the spindle position (radial or axial) and directly affect the machining accuracy. At this time, the bearing area is also small, the load concentrated action on the bearing direction of one or several rolling bodies, resulting in greater stress concentration, resulting in the bearing mature and wear aggravation and reduce the life.

In addition, the stiffness and vibration resistance of the spindle component are also greatly weakened. When the bearing is adjusted to zero clearance, the bearing area increases, the rolling force tends to be uniform, and the spindle's rotation accuracy can be improved. When bearing preloading (preloading) is adjusted to negative clearance, the rolling body will produce elastic deformation, the contact area with raceway will be increased, and the bearing area will be expanded to 360°, then the stiffness and vibration resistance of spindle assembly can be significantly improved. Therefore, keeping reasonable clearance of rolling bearing is an important measure to improve rotation accuracy, stiffness and vibration resistance of spindle assembly. 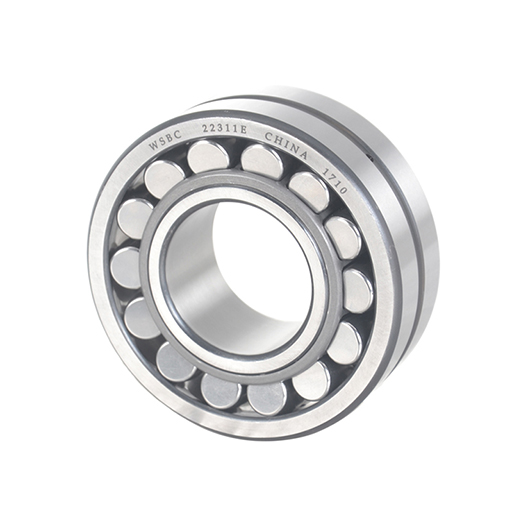 This is because the bearing gradually tends to "rigid body", so that its structural damping drops, and more presents the material internal friction damping characteristics. Static stiffness and damping characteristics jointly affect the overall dynamic response of the spindle assembly, and there is an optimal clearance position. In this case, the common amplitude value of the front end of the spindle is the minimum, the static stiffness and resonance frequency are both high, and the roundness error and roughness of the machined surface are also small. When the clearance amount is too small, the stiffness increase is not significant, but the bearing wear and heat greatly increase, thus reducing the service life of the bearing and worsening the service conditions. Thus, it can be seen that the choice of the optimal clearance quantity of the bearing should not only consider the static stiffness but also consider the damping value at the same time, so as to obtain the minimum common amplitude value of the shaft end, higher stiffness, resonance frequency and machining accuracy. According to experience, in general, the bearing clearance amount of the spindle of medium and large machine tools should be adjusted according to -0.005 ~ -0.015mm.

Wuxi Spark Bearing Co., Ltd (Aka Spark Bearings) is the complete, one-stop Roller Bearings supplier & manufacturer. All products are qualified and have passed the ISO 9001 qualification. Here are some popular types of Angular Contact Ball Bearings, Send a quote and get the latest price of cheap bearings from Spark Bearings.