Home > Bearings News > Do you know that the earliest bearings appeared more than two thousand years ago?

Do you know that the earliest bearings appeared more than two thousand years ago? 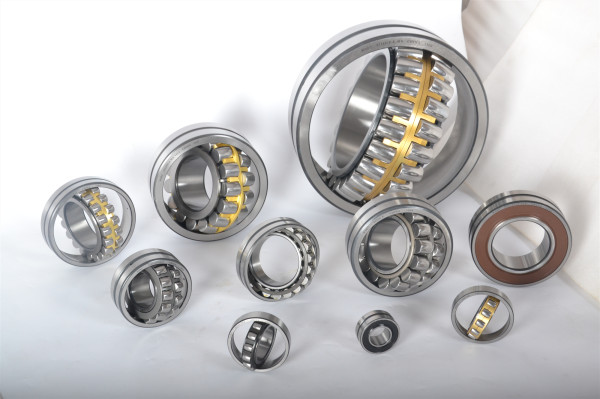 An early form of linear motion bearing was a row of wooden poles under a row of skid plates. Modern linear motion bearings use the same working principle, but sometimes balls are used instead of rollers. The most straightforward rotary bearing is a bushing bearing, which is just a bushing sandwiched between the wheel and the axle. This design was subsequently replaced by rolling bearings, which replaced the original bushings with many cylindrical rollers, each rolling body acting as a separate wheel.

An example of an early ball bearing was found on an ancient Roman ship found in Lake Naumi, Italy, in 40 BC: a wooden ball bearing was used to support a rotating tabletop. Leonardo Da Vinci is said to have described a ball bearing around 1500. Among the various immature factors of ball bearings, the balls must collide with each other, causing additional friction. But this can be prevented by putting the balls in small cages. In the 17th century, Galileo made the earliest description of "cage ball" ball bearings. At the end of the 17th century, British C. Vallo designed and manufactured ball bearings, and installed them on postal vehicles for trial use. British P. Worth patented a ball bearing. The earliest practical rolling bearing with a cage was invented by watchmaker John Harrison in 1760 for the H3 chronograph. At the end of the eighteenth century, H.R. Hertz of Germany published a paper on the contact stress of ball bearings. Based on Hertz's achievements, R. Striber of Germany, A. Palmerin of Sweden, and others carried out a large number of experiments and contributed to the development of design theory and fatigue life calculation of rolling bearings. Subsequently, Russia's N.P. Petrov applied Newton's law of viscosity to calculate bearing friction. The first patent on ball channels was obtained by Carmarthen Philip Vaughn in 1794.

In 1883, Friedrich Fischer proposed the use of suitable production machines to grind steel balls of the same size and accurate roundness, which laid the foundation for the modern bearing industry. O. Reynolds of the United Kingdom conducted a mathematical analysis of Thor's findings, derived the Reynolds equation, and laid the foundation for hydrodynamic lubrication theory.

With the development of modern industry, the role of bearings has become more and more extensive. The following briefly introduces how the bearings work. What role has he played in all walks of life?

In terms of its role, it should be a support, but this is only part of its position. The essence of support is to be able to bear radial loads. It can also be understood as it is used to fix the shaft. Individually, the fixed shaft can only rotate and control its axial and radial movement. The motor will not work at all without bearings. Because the shaft may move in any direction, and the engine is required to rotate only when the motor is operating. In theory, it is impossible to realize the role of transmission. Not only that, but the bearing will also affect the transmission. To reduce this effect, proper lubrication must be achieved on the bearings of high-speed shafts. Some bearings already have lube, called pre-lubricated bearings. Most bearings must be lubricated. Otherwise, friction will not only increase energy consumption when running at high speeds, but it is also even more terrible that the bearings are easily damaged. The idea of turning sliding friction into rolling friction is one-sided because there is something called a sliding bearing.

The role of lubrication

The lubricating purpose of rolling bearings is to reduce the internal friction and wear of the bearing, to prevent burning and sticking; to extend its service life; to discharge frictional heat and cooling to prevent the bearing from overheating and to prevent the lubricant from aging itself; also to prevent foreign objects from entering the bearing or to prevent rust and corrosion Effect.

Bearing sealing can be divided into two types: a self-contained seal and an external seal. The bearing comes with a seal. The bearing itself is made into a device with sealing performance. Such as bearings with dust caps, seals, and so on. This seal occupies a small space, is easy to install and remove, and has a relatively low cost. Bearings with sealing performance devices are sealed devices with various performances, such as those established in the end caps. Bearing seals are divided into non-contact seals and contact seals. Among them, non-contact seals are suitable for high-speed and high-temperature occasions and have different structural forms such as gap type, labyrinth type, and gasket type. The contact seal is ideal for medium and low-speed working conditions. There are commonly used structural forms, such as felt seals and leather bowl seals.