Home > Bearings News > Bearing damage is one of the common processes

Bearing damage is one of the common processes 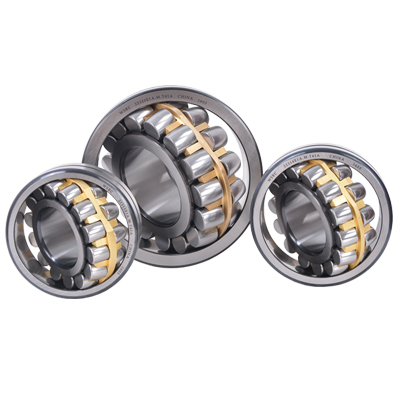 Spindle bearings are very important to the engine. If the main shaft bearing is damaged, the engine cannot be used normally. Bearing damage is one of the common processes. Based on our understanding of bearing knowledge, some of the damage forms and corresponding reasons for several common engine spindle bearings are shared here.

Due to the extension of the fatigue crack in the stress field, the arc pit formed by forming the naked eye is referred to as peeling. The effort is the most common fault mode of the engine spindle bearing, divided into sub-surface fatigue stripping and surface damage caused by peeling.

In the sub-surface of the bearing roll or the rolling body stress concentration site, since the fatigue sheet caused by the micro tear of the material is fatigue disturbance, since the rolling body is squeezed on the drum, formed on the surface and on the surface, The maximum orthogonal shear stress of approximately 45 ° is caused, mainly loaded its influencing factors, as well as the number of activities and residual stress of the secondary surface. With the improvement of materials, processes, etc., the bonds in the short term are difficult to peel off short-term bearing under normal operating conditions. However, under certain special conditions, such as temperature field changes, the bearing radial is caused to produce large negative warming or severe tilt in the inner and outer ring in the bearing, and the maximum Hz stress reaches a certain value, it will happen shortly.

This peeling does not require large pressure levels and a lot of effects. After the bearing is peeled off, it can cause engine vibration, increase noise, and serious cases lead to bearing functional losses and threaten the use of engines. Under the premise of selecting the appropriate bearing material, the material surface and sub-residual tensile stress becomes compressed stress and prevents surface damage, and is the most effective method to prevent bearing peeling.

Some metals, inorganic or planet-sized particles, adhesive or clamping members in the bearing will remain in certain components of the bearing. The main reason for producing particulate damage is oil pollution, and the pollution source is mainly from fragments, as well as dust and bearing elements from sandstone and bearing components. WSBC 2203-2RS bearing online, pls click here

The impact of particles on damage mainly includes:

1) Substantially increased surface roughness results in a micro-cracking of the surface of the bearing, and severely damage to the oil film to significantly reduce the life of the bearing;

2) Reduce the accuracy of the working surface and affect the uniformity of the load distribution and the motion posture of the rolling element, resulting in abnormal damage of the bearing;

3) Increase the holding load, and even throw the vibration, resulting in damage to the bracket.

If the oil contains hard particles in the oil, the abrasive particles can be caused, but may also cause a recess of the surface of the roller and the roller. In addition, the excessive effect of assembly and disassembly bearing, the whole machine and its components or transport may result in the head or rolling of the roller. The calendering lavage is printed, and the noise of the bearing is increased, and the super stress (ie, an edge effect) is generated in the edge of the hindrance, thereby being a starting point of fatigue explosion, and it is also possible to cause the bearing to disappear and rotate.